Raisa Andriana is a popular Indonesian singer. She started her career by collaborating with the famous composer David Foster when she gave a live performance at a concert in Jakarta. She grew into prominence with her first single Serba Salah, who raised her popularity in the Indonesian music industry. 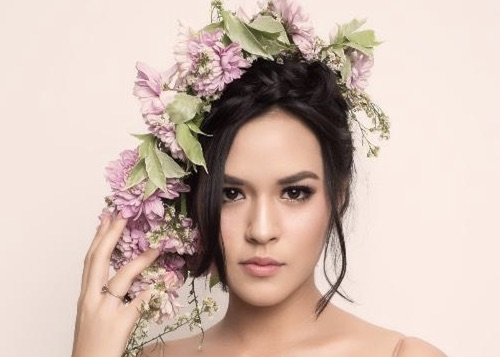 If the melody is a craft, then this song is its most splendorous example. You have to laud the director Candi Soleman for a beautiful picturization.

It is a very soft song with strong emotional content about love and the tender feelings of a relationship. The song indeed has been sung beautifully.

Raisa Andriana and Isyana Saraswati have composed the song. It has been produced by Olipop and co-produced by Marco Steffiano. The executive producers are Sony Music Entertainment Indonesia and Juni Records.

Riasa Andriana and Ifa Fachir write the song. Ari Rinaldi composed it. Indeed, it is a beautiful production from Hamam Firdaus under the direction of Angga Anggur.

Afghan, Raisa Andriana, and Adrian Rahamat Purwanto have beautifully sung the song. It has been arranged and mixed by Ari Aru Renaldi.

The video song casts Asmirandah, Dwi Sasono, and Widyawati. Rachel Maryam has superbly directed it. The song has a soft indolent melody, and Raisa Andriana beautifully sings it.

Riasa and Dipha Barus have written the song. It has been mixed by Kayman, Dipah Barus, and Jonathan Paradede at the Heartfelt Studio. The co-producer of this music video is Kayman and Mbe Sheehan.

Garmeliel has written the song while Marco Steffiano and Agung Munthe have arranged the music. Dave Drake produces the music video.

The music video is directed by Andria Pramanta and produced by Dinda Kamli. Shani Budi has edited it, and Jozz Felix is the director of photography.

1. The first in the list is the 63rd anniversary of Mahakarya Dwijendra where Raisa Adriana gave a powerful performance at the art centre in Denpasar-Bali. She sang the song Percayalah from the album Dekade. The song was performed together by Afgan and Raisa.

2. Next in the list is the Fermanta Concert where Raisa performed five songs, which are Lagu Untukmu, Usai Di Sini, My Kind of Crazy feat, Jatuh Hati, and could it be. The concert was a big hit, and the audience was not tired of showering applauds. It is one of the best performances by Raisa Andriana.

3. Next in the list is her live performance at the Java Soulnation Festival 2013 that was held on Saturday, October 5th at the Istora Senayan in Jakarta. It was one of her longest live performances that she has delivered in her career.

4. Next in the list is Raisa’s first solo concert at the Star Theatre of Singapore on 1st October 2014.

5. The last in our list the concert at Temanggung where she performed the song Tentan Cinta.